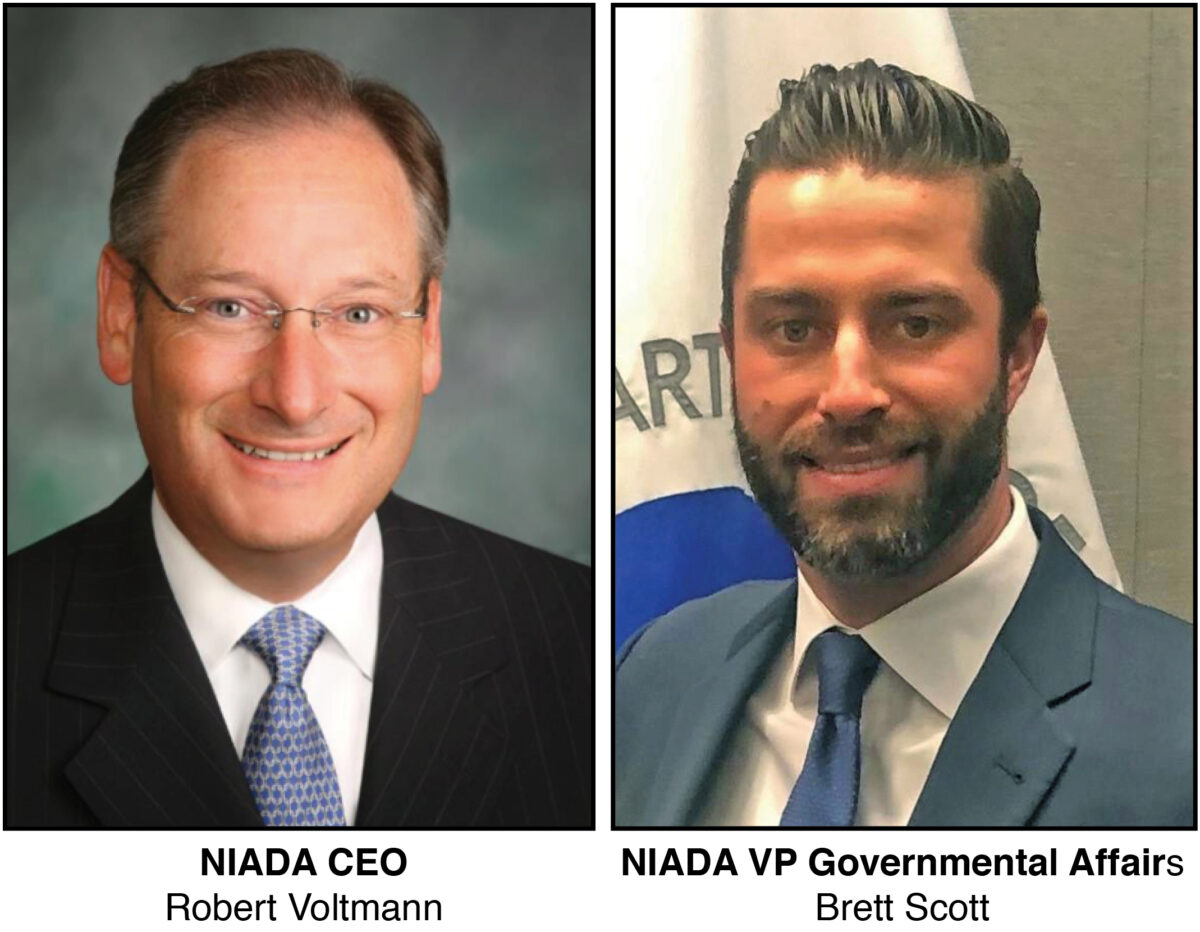 Shortly after I was hired to be NIADA’s Chief Executive Officer, I brought on Brett Scott to be Vice President of Government Affairs in Washington, DC.  Brett came out of Transportation Secretary Elaine Chao’s Office of Congressional Affairs.  He is well known, well connected, and well liked.  We will add to NIADA’s government affairs staff over the next 18 months, with the initial goal of having three full-time staff lobbyists in DC.  In addition, I have more than three decades of DC lobby experience.

It’s important to be in DC.  Washington is a company town.  Whether you work for a Member of Congress, a federal agency, or lobby we go to church together, we send our kids to the same schools, we shop in the same grocery stores, we eat at the same restaurants, we know each other.  This makes Washington the smallest town in America.  All this means is that we have to be there every day.  Our advocacy professionals need to interact with the House and Senate committee staffs, administration, and agency officials on a daily basis.  It’s about being known.  It’s about being seen.  It’s about relationships.  It’s about telling your story.  Brett is there every day.  Brett is building the relationships.  Brett is telling your story.

As you have no doubt read, a bi-partisan infrastructure bill is moving through Congress.  When bills like this move, and the members know it will pass, they try to insert all kinds of provisions, like GPS and recall provisions.  Brett, worked with NADA, NAAA and the US Chamber of Commerce with the result that there is no GPS or recall provision in either the House or Senate infrastructure bills.  This means that the bills would have to be amended on the floor.  An unlikely scenario.

We will continue to advocate on your behalf to keep recall and GPS provisions out of the bill.  And, if we are successful, we will not face a serious threat of these provisions becoming law for another five years since that’s when the next infrastructure bill will have to be enacted.

NIADA is at the table.

See you in San Antonio!