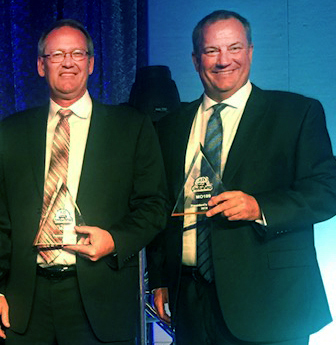 We learned with great sadness of the passing of a great man, friend, and business associate, Daryl Nelson, the CFO of QC Auto Group, a Byrider franchise in Illinois.

As is so often the case in our business, we first met Daryl as a client who quickly became a friend and confidant. He was just 62 and died with his family nearby Sept. 29 following complications after cancer surgery.

He was a great man, whose knowledge of our industry and business model was surpassed by none. His long- time business partner Russ Larson mourned the loss of his friend.

“To say that I am sad is one of the biggest understatements of my life,” Russ said in an email to me. “For the past 19 years I’ve spent more time with Daryl than with family and friends, which is a misstatement as he was absolutely one of my most-trusted and best friends. He was the rock behind building the successful business we created from the ground up. The loss of a business partner is minor compared to the loss of my friend.”

Daryl was born on January 9, 1960, in Galesburg, Ill., the son of Gerald and Shirley (Krueger) Nelson. He received his accounting degree from Olivet Nazarene University in Bourbonnais, Illinois, which he attended on a basketball scholarship. Daryl married Kristin A. Frakes on November 4, 1989, in Rock Island.

A certified master gardener, Daryl was active in the Orion, Ill., community, was one of the founding members of the Orion Education Foundation, and a longtime supporter of Orion Athletics. He was a member of St. Paul Lutheran Church in Orion.

Our industry has lost a giant. For the complete obituary click HERE.